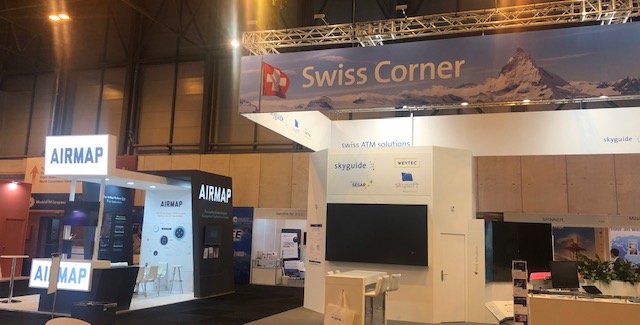 As World ATM Congress 2019 draws to a close today I’ve been reflecting on what I’ll take away from the event. Admittedly this was my first time in attendance, but my main impression is that unmanned traffic management (UTM) has moved from the periphery of discussion in the aviation industry nearer to front and centre.

There were somewhere between 40-50 talks at the show that included UTM as a focus, and the prevailing message is that the opportunities provided by UTM are real. This isn’t the future, it’s here and now. Fully commercial operations (not trials) are happening all over the world, and AirMap, the leading global airspace management platform for drones, is at the forefront of many of these in partnership with air navigation service providers including skyguide and ANS CR.

It would appear that we’re at a hugely exciting time in the history of aviation, with the skies busier than ever. Indeed, according to a special report from Airbus distributed at World ATM Congress 2019, at any one time there are more than one million people airborne around the world.

However, digital change is upon us and the need for a UTM system to monitor and manage the increasingly busy skies is touted as being more paramount than ever before. Consider for example the rapidly increasing use of drones, not only by hobbyists but by enterprises in industries such as utilities, public safety, oil & gas, mining, construction, agriculture and many more.

Off the back of such operations, the value of the drone industry continues to soar. In 2016, Goldman Sachs estimated that drone technologies would reach a market size of $100bn by 2020, while a more recent report from PwC forecasts commercial drone applications have a total addressable market value of $127bn globally.

But what’s clear from discussions at World ATM Congress 2019 is that for commercial opportunities from drone use to be fully realised and for safety in airspace to be ensured, UTM technologies must be integrated into existing air traffic management (ATM) infrastructure.

My overriding feeling after three days in Madrid at the world’s biggest ATM event is that the future of flight has never looked more exciting. The sky’s the limit.