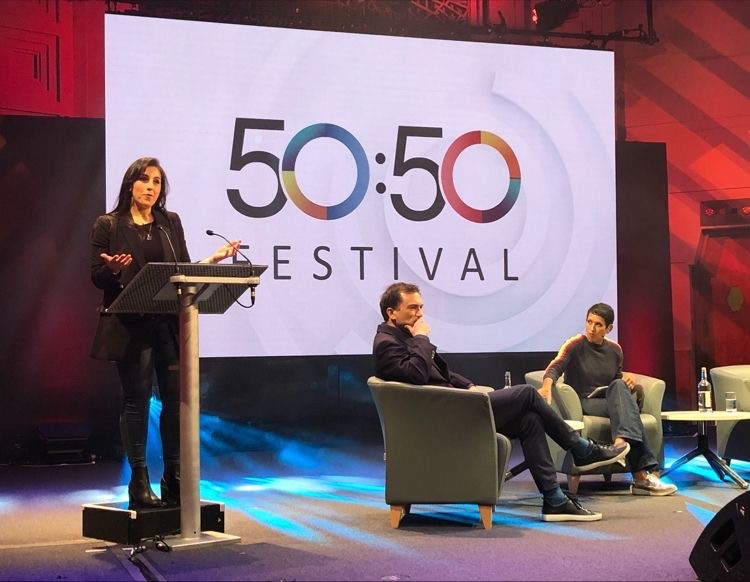 Some of the Liberty team were privileged to be invited to the headquarters of the BBC at New Broadcasting House in London yesterday evening as the BBC’s 50:50 Project launched its Impact Report 2022.

The 50:50 initiative originated in the BBC’s London newsroom and is committed to inspiring and supporting the BBC and its partners to consistently create content that fairly represents society, initially with a focus on gender representation.

Through data-driven methodology, the 750 teams across the BBC and 145 partner organisations in 30 countries around the world, of which Liberty is very proud to be one, monitor and measure the gender of contributors in their external content, with a view to fundamentally shifting gender representation within the media and their own businesses.

This year, the Impact Report 2022 expanded in scope to also include a focus on monitoring more characteristics including monitoring the representation of disability and ethnicity contributors. The full findings from the report are available via the BBC website.

At yesterday evening’s launch of the report it was inspiring to hear directly from Ros Atkins, founder of the 50:50 Project, who spoke to Naga Munchetty, presenter on BBC Breakfast, about how far the programme has come since its initial inception back in 2017.

It was also great to see and hear from some familiar faces, including Lara Joannides, the BBC’s Creative Diversity Lead for 50:50, who I met when we were both panellists for an event I participated in through the Liberty Academy in 2021.

It was off the back of this event where Lara spoke to students about the 50:50 Project that she kindly extended the invitation for Liberty to become one of the now 145 partner organisations around the world to join the programme and commit to driving positive change as we track both our events and content to ensure we attain a fair representation of diversity and inclusion.