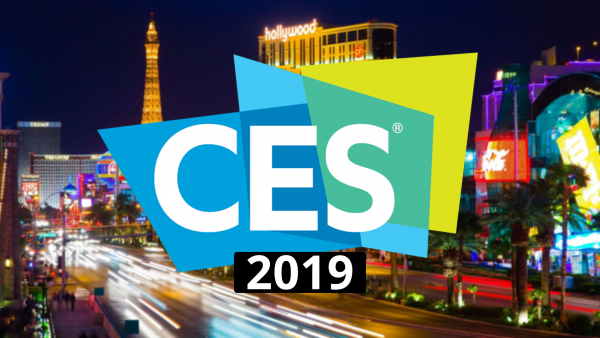 The Biggest Buzz from CES 2019

CES, the Consumer Electrics Show that takes place in Las Vegas every year, has become the world’s gathering place for all those who thrive on the business of consumer technologies. It has served as the proving ground for innovators and breakthrough technologies for 50 years — a global stage where next-generation innovations are introduced to the marketplace.

At the beginning of every year, consumers and tech fans alike keep all eyes on the announcements and product launches coming out of this exciting conference. Some of the biggest names in gadgetry work all year, aiming to have their products ready by the show, hoping to top their competitors in the news.

Here’s a list of some of the most buzzworthy news from this year’s show:

Most of the hype centered on two companies: Google and Amazon. It’s turning into an annual tradition for the two tech titans to head to Las Vegas in January to battle it out in the desert and see who can gain the most ground in the war for your smart home, smart car and smartphone. But this year Google made headlines with an over the top rollercoaster at their booth, and by plastering the words “Hey Google” all across town. Amazon was subtler in approach but made an effort to be omnipresent at the show through partners’ booths, stage presentations and loads of “Works with Alexa” tags on all kinds of products.

Apple usually skips CES in favor of its own events, but this year it made a rare attempt to steal the show without actually announcing any products of its own. The biggest news is that Apple is making a bigger effort to work with third-party products and make its services accessible without using Apple devices themselves. Users will now be able to stream content from an iPhone to a Vizio, Samsung, or LG TV via the Airplay 2 standard that all three of these big TV manufacturers will be baking into their sets.

Samsung stole the show with multiple product announcements, including a “pre-announcement” that it’ll show off its next smartphone at an Unpacked event next month.

Samsung may be best-known for its Galaxy smartphones, but TVs, laptops and appliances, such as refrigerators and washing machines, are a big part of its product lineup. And it typically unveils a lot of news related to those devices at CES. This year brought lots of TVs, the Apple partnership, a smarter Bixby voice assistant and its first foray into consumer robotics with: Bot Air for air purification, Bot Care for health monitoring, Bot Retail for restaurants and shops, and GEMS (Gait Enhancing and Motivating System) to help with mobility issues.

CES is perhaps best known for its spectacle, the grand showcase of the products you’ll likely never see outside of CES, much less ever purchase. This year, things were a little different in the CES news coverage. Sure, there was plenty of spectacle and unnecessary stuff — one just needs to hear about a toilet with Alexa to affirm that — but there was also a lot of useful iteration on the ideas we’ve been seeing at CES for years, and we’re looking forward to seeing how these practical products develop in the coming years.