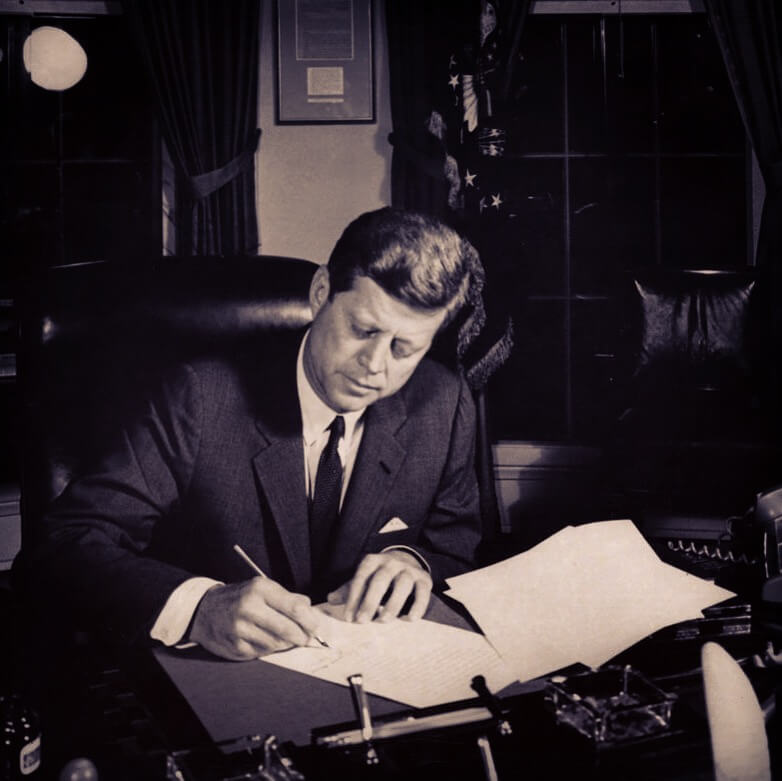 Technology re-creating the past

As a child growing up in the 60’s in Britain, everything seemed new and fresh and exciting.  It seemed that the sun was always shining and that if you set your mind to it, you could do whatever you wanted to in a brave new, swinging 60’s scene.  It was exhilarating and creativity was everywhere – our school teachers seemed to be getting younger and hipper, the post-war blues had long gone and there was a real feeling of hope and openness all around.  In Britain consumerism had taken hold – we had the best music, best fashion and pop culture.  We had well paid jobs and money in our pockets.  The youth of the 60’s were really liberated and believed the world was their oyster.  On the other side of the pond, in the United States of America, a young inspiring political personality was making waves and challenging the status quo.  John F Kennedy, his wife Jackie and the entire Kennedy dynasty oozed with cachet and glamour.  They represented the times which were as Dillon sang it, “a-changing” – and for the better.  Of course, things were not quite as bright as I remember.  The backdrop to all this was the disastrous Vietnam war which claimed so many young lives and an ever vivid drug scene as the world, and particularly the young, experimented with LSD.

In many ways living in that decade and the one that followed shaped who I became.  We were allowed to be free; allowed to challenge the thinking of our parents and those before them; we were encouraged to expand our minds and learn – and of course all things tech began to change our lives in more ways than we could have imagined before.  Convenience became the order of the day at home and energy saving gadgets became part of the new, mid-century modern home – homes which most people could afford to buy with help from the banks.  Young people became their own personalities – not a mirror image of their parents and unlike their parents, they could afford to buy small luxuries.  Sound systems, hifi’s, microwave ovens, colour tv’s all became attainable to the modern family and technology certainly played its part.

In some ways when I remember those years, a lot of the changes and progress made back then seems to have slid backwards in recent years.  The geo-political climate of today seems less about wanting to progress and be open and has become more insular and protectionist.  Technology, however, marches on.  This is why I was excited to learn that the voice of JFK had been reconstructed by technology to reproduce the speech he was due to give when he was assassinated in Dallas all those decades ago.  Not only was this a colossal engineering and technological undertaking, but on hearing the speech he never gave, the words in the current day still ring so true and are possibly even more relevant to society.  Listening to JFK’s voice again, augmented and delivered with passion, made me think about the power of words AND the power of technology – two of the things that have driven my professional career in the technology industry.  Long may technology thrive – not only to recreate the past, but to cement our future wherever it takes us.

If you want to take a listen for yourself, check out the video below.