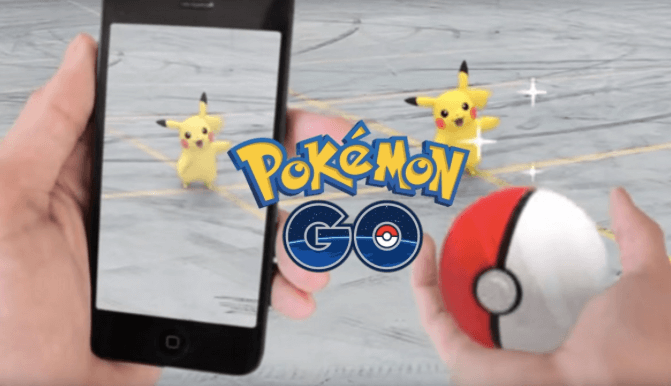 Pokémon GO: Is Augmented Reality the Answer Marketers Have Been Looking for?

Pokémon GO has achieved astonishing success since its release so far, and with over 20 million users in the US alone, the game has the highest number of downloads in the history of Apple’s app store. Consequently, many businesses have already begun to use the trend of Pokémon GO as a promotional tool, for example, through the use of ‘lures’ to encourage users to enter their stores or restaurants to catch rare Pokémon to add to their collection. With the launch of Pokémon GO, marketers have also found another new method to engage with their customers; Augmented Reality (AR). Yet how can marketers seize the AR trend, as an opportunity of reaching the masses?

In the past, previous developments of AR have failed to amount the same level of success. In 2013 “Google Glass” was viewed as the next step towards a new era of technology. The product was designed in the style of eyeglasses, which displayed information through the lenses and included an attached camera. However, it was ultimately deemed a failure with no real insight as to why a customer should pay $1500 for a product they struggled to find a need for. Was it the technology that was the problem, or was the world simply not ready for AR? Since the widespread approval of Pokémon GO from across the globe, perhaps now is the perfect time for further development in AR.

However, the use of AR has been no secret for marketers. Last year, Ford created an app which allowed users to see what a Mustang would look like on their own driveway, giving them the ability to alter preferences on the model, colour and wheels of the car. Although we’ve only just begun to scratch the surface of AR, it’s inevitable that other companies will start to follow the trend over the next several years and introduce the technology as part of their own marketing proposition.

The trial and error of using AR by marketers has been recorded over several years, but with consumers’ appetite at an all-time high, now is the time for businesses to push forward in the development and application of the technology. It goes without saying, Pokémon GO users haven’t been playing the game with the intention to be targeted by marketers, however the subtly of marketing behind the game is proving to be effective. For now.