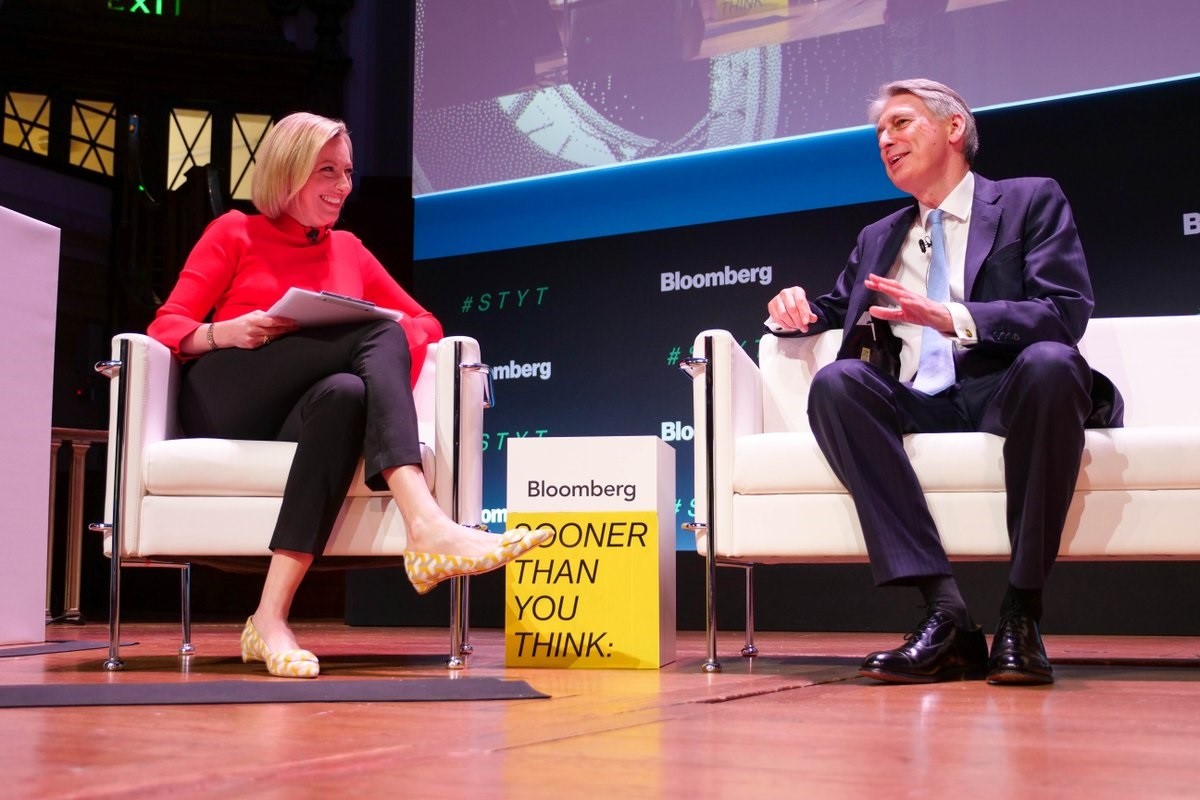 Plenty to be positive about at London Tech Week

There’s always a buzz around London Tech Week, but that felt especially so this year – the year of Brexit – as London was announced as Europe’s leading tech hub, drawing significant investment in its tech businesses and producing the most tech ‘unicorns’ behind just the USA and China on the world stage.

That energy and excitement was apparent yesterday at Central Hall Westminster where many of the highest profile names in the UK tech scene gathered for Bloomberg’s Sooner Than You Think event. Liberty was privileged to attend the flagship technology series’ inaugural UK visit, and to spend the time to hear from the Chancellor of the Exchequer, Philip Hammond, and one of the first public appearances from Deliveroo CEO Will Shu following the company’s investment by Amazon.

As the name suggests, the focus of this event was to explore the technological transformations that we think are many years off, but which are actually being deployed at a rapid, and perhaps alarming, rate.

It was to be expected, given the high-profile nature of the politicians in attendance, that Brexit would dominate any conversation about the UK’s near future. However, the Chancellor struck a positive chord, saying “I don’t believe tech companies will fly to Europe,” in spite of the political uncertainty facing many UK business and investors right now.

Similarly, as 5G networks are being switched on across the world, the question of UK policy towards Huawei was inevitable. Jeremy Wright, Secretary of State for Digital, Culture, Media and Sport, acknowledged in his interview that in a “hugely interconnected telecoms world” the UK needs to consider what its European and Atlantic partners are doing, as it would be foolish to act unilaterally. Though, he did assure businesses that the UK is approaching the end of its much-anticipated telecoms review – which has not been without its controversy.

Moving away from the political, highlights included Natalie Massenet, founder of designer fashion portal Net-a-Porter and a co-founder of Imaginary Ventures, speaking about how retail businesses can succeed in the ever-changing retail landscape. Massenet suggested that retailers need to use tech to be where the customer is, and that there is a strong demand for consumers to be able to “live” the brand, which does not spell the end of bricks and mortar stores.

Interestingly, Nigel Toom, CEO of Graphcore, the company behind the ‘Colossus’ chip for AI applications, argued for a change of tack towards how we talk about AI. Toom warned that the anthropomorphising of AI is dangerous and questioned whether the industry should adopt the term machine intelligence in place of artificial intelligence, as it’s a different kind of intelligence after all.

And in a rare public interview, Will Shu, CEO at Deliveroo, gave a hint that the delivery company may take advantage of Amazon’s drone delivery service in the not too distant future to ensure it can expand its offering to more parts of the UK.

Plenty of food for thought, then, at what was a fascinating and insightful two day conference – and much for UK tech businesses to be positive about!

Fred is Head of Storytelling and Market Insight at Liberty Communications.