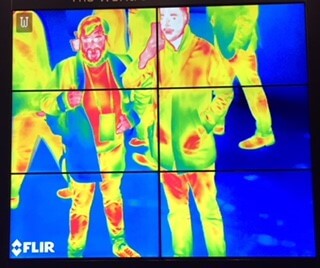 Liberty’s Mobile World Congress 2018: Day Three and 5G is still the talk of the halls

It may be three quarters of the way through Mobile World Congress 2018, but 5G continues to dominate most of the headlines. Today saw another leading operator draw a line in the sand and commit to timeframes for launching 5G services, as T-Mobile US confirmed plans to build 5G in 30 US cities this year. Top of the list, according to the operator’s CTO Neville Ray, are ‘places that matter’ – namely New York, Las Vegas, Los Angeles and Dallas.

While Ray acknowledged that it won’t be until 2019 that 5G mobile devices can take advantage of the network, he explained that T-Mobile will use equipment from Nokia and Ericsson to build a network spanning the operator’s 600MHz, 28GHz and 39GHz airwaves.

But it isn’t just American operators aiming to lead the 5G charge. Telenor Norway’s CEO Berit Svendsen today expressed confidence in her country’s capability to continue its impressive track record with 4G and keep the ‘leader jersey’ in 5G while speaking to Mobile World Daily. Given Norway’s similarly impressive pedigree in the Winter Olympics, I’d have been tempted to go with ‘flag bearer’. But that’s just me.

Outside of 5G, one of the other big stories to emerge from day three of MWC 2018 was the signing of a Memorandum of Understanding (MoU) by the GSMA and the Internet Corporation for Assigned Names and Numbers (ICANN).

Signed by GSMA Director General Mats Granryd and ICANN President & CEO Göran Marby, the MoU aims to advance the organisations’ shared objective of fostering the continuous expansion of interoperable networks and ongoing deployment of information and communication technology. Both organisations have committed to a number of joint activities as part of the agreement, including a series of workshops and regional events.

Away from the technology talk, the weather has been a topic of conversation amongst many. Reports and pictures of the aftermath of the ‘Beast from the East’ have caused many here in Barcelona to worry about flights being cancelled, redirected or rescheduled.

It’s a far cry from the warmth on display from the 900+ exhibitors welcoming thousands of delegates to their stands; not to mention the heat sensing cameras on display between halls 5 and 6, which we couldn’t help but stop for a selfie in front of.

So bring on tomorrow MWC and the final day of what has been another fascinating show. 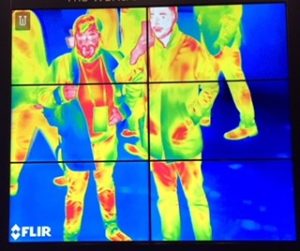