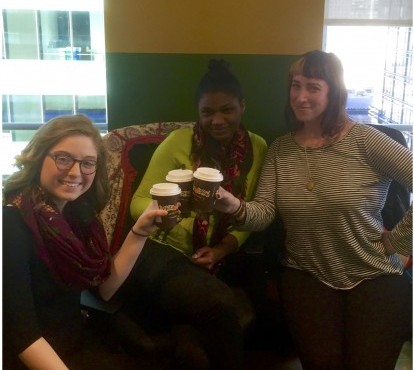 Tell us a little about your background:

I graduated from Southeast Missouri State University (near my hometown of Jackson, Missouri) with degrees in both Global Cultures and Languages and Mass Communications. I’ve been in the public relations and marketing industry for almost three years now. I most recently held a position as Assistant Account Executive at The OutCast Agency in San Francisco, and prior to that, worked at Golin in Chicago. In previous positions, I’ve worked with a range of clients, from small startups to Fortune 100 companies—such as Facebook, Amazon Web Services, Box, Minted, Walmart, Corona Extra and Silk. I love writing, content strategy, and brand building with a dash of media relations.

Why are you excited to support Liberty and our clients?

I was drawn to Liberty by the fact that even as a small agency, breaking into the Silicon Valley market, it has proved its worth with U.S. campaigns supporting European government programs, leading tech companies, and new players that challenge the status quo of some of the Valley’s most successful startups. This is a lucrative agency quickly making its way to the top with some of the most interesting clients I could hope to work with. Liberty is going places and I just really want to be along for the ride.

What are some of your hobbies?

I’m passionate about humanitarian efforts and languages. I speak roughly three languages— English, Spanish and ein bisschen German— and am currently learning Portuguese as a fourth. I really love to travel and learn about new places and people. Most recently, I spent New Year’s in Japan, navigating through Tokyo with a few broken Japanese phrases and snowboarding in Niseko. I’m also a member/volunteer for the United Nations Association as well as More Than Me, a nonprofit organization focused on women’s education in Liberia. I’m a big fan of outdoor activities, from hiking, running, snowboarding, rock climbing, to canoeing and camping, along with my boyfriend and our German Shepherd mix, Champ. This year I also plan to try my hand at skydiving and surfing.

What was the last book you read or song you listened to?

I am almost done reading two books;  The Devil in the White City: Murder, Magic, and Madness at the Fair that Changed America, by Erik Larson and Waging Nonviolent Struggle: 20th Century Practice and 21st Century Potential, by Gene Sharp.