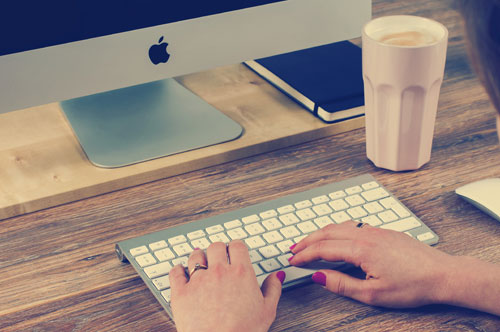 Acer unveils 64-bit, 4G smartphone
CES 2015 is now in full swing and Acer has brought along its new budget 4G smartphone, the Liquid Z410. Although Acer is more commonly known for its laptops such as the Acer Chromebook 15, which has also just been announced at CES 2015, it has also been diligently producing budget Android smartphones as well. The Liquid Z410 is set to follow in the footsteps of the Acer Liquid Jade and Acer Liquid E3 handsets by offering an affordable mid-range Android experience.
TechRadar

The new $29 Nokia 215 is Microsoft’s cheapest internet phone
Nokia always had a reputation for building well-made, affordable handsets that appeal to the hundreds of millions around the world who can’t afford full-fat smartphones — and Microsoft is apparently keen to continue that legacy. Eight months after buying Nokia, the US company has launched the new Nokia 215. It costs just $29 pre-tax and is aimed at emerging markets, offering customers 29 days of battery life on standby, a dual-SIM option, a built-in torch, and FM Radio. There’s also a 2.4-inch, 320 x 240 display, a 0.3-megapixel camera, and Bluetooth connectivity. Crucially, however, Microsoft say the 215 is their “most affordable Internet-ready entry-level phone yet,” offering the Opera Mini mobile browser and a limited array of pre-installed apps including Twitter, Facebook, Messenger, and Bing Search.
The Verge

Nokia completes Panasonic network business acquisition
Nokia Networks has completed the acquisition of the network business from Japanese firm Panasonic, including its 3G and LTE base station systems and related equipment. The Finnish infrastructure vendor said the integration of the new resources will improve efficiency and quality control of its product development and R&D. According to Nokia, the business purchase, which included fixed assets, employees and relevant contracts in Japan, will enhance its existing mobile broadband capabilities and grow its market share in base stations in the country. As outlined by the networking specialist at the time it first announced its intentions of the acquisition, Japan is a key focus market for Nokia.
Telecoms.com

Intel trains sights on Google Glass with $25million investment in Vuzix
Google Glass has yet to set the world alight, but that isn’t stopping other large technology companies from investing in the smart eyewear market. The latest is Intel, paying $24.8million for a 30% stake in US firm Vuzix, which has made its name with devices aimed at consumers and workplaces – for example hospitals, warehouses and call centres – alike. Vuzix says it will use the investment to speed up the development of its next line of “fashion-based wearable display products”, following the launch of its M100 device in 2014 through a partnership with another tech firm, Lenovo.
The Guardian

Tablet growth slows as consumers hand down devices
Sales of tablets are expected to slow down during 2015. According to analyst Gartner, people are keeping their tablets longer and handing down older tablets to members of their family. Gartner estimated that worldwide tablet sales will reach 233 million units in 2015, an 8% increase from 2014.

Roku announces 4K plans
Netflix will be among the first content providers when Roku commences support for 4K Ultra HD streaming. In the run up to CES, Roku confirmed it has produced a reference design that will be licensed to TV OEM partners. Manufacturer TCL has been confirmed as an initial partner.
Broadband TV News

Bono praises Apple and Spotify over digital music payments
Bono has praised Apple and Spotify for their efforts to pay musicians for downloads and streams of their music, while claiming that songwriters still get “a poor deal” in the digital era. The U2 frontman’s latest comments on digital music came in a blog post published on the band’s website to mark the start of 2015, written while recovering from a serious cycling accident.
The Guardian

Facebook privacy policy change leaves Dutch stomping feet
Facebook is under investigation by the Dutch Data Protection Authority (DPA) after it introduced a new privacy policy last Thursday.The social network says the new policy is an attempt to “simplify” its privacy rules, but the College Bescherming Persoonsgegevens (the Dutch DPA) is concerned about the use of personal data to target advertising. The new policy came into force on 1 January despite calls from the data watchdog for it to be delayed. Facebook said it was “surprised and disappointed to learn about the inquiry”, but added that as a company based in Ireland, it reviewed its privacy policy with the Irish DPA, not the Dutch authorities.
The Register