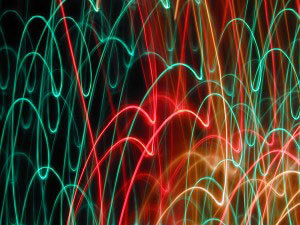 Bringing Art to Life Through Technology

There is no question about it; technology has carried art leaps and bounds over the past 100 years. From the progressive development of photography and film, to technologies used on the stage in theatres, the evolution of art is intrinsically linked to technological advancement. The uncertainty of the future is inevitably going to be regarded as exciting and we will never stop fantasising about what is to come, and what this will mean for the art world. One recent exhibition that opened this summer at the Tate Britain in London seems to have discovered the future of technology by travelling back in time through art.

Until now, the 4D experience has only existed in movie theaters. However now it’s time for 4D cinema to take a step back to make room for the 4D art experience. The Tate Sensorium is an incredibly small exhibition with no more than four paintings on display. The creative company Flying Objects partnered up with Tate Britain to tantalise the senses through works of famous artists; Francis Bacon, David Bomberg, Richard Hamilton and John Latham.

The former three purely focus on four senses: taste, touch, smell and sound, to catalyse the audience’s imagination and temporarily transport them back into the era of the artwork, fully immersing them in the painting. However John Latham’s piece, Full Stop, is dedicated to the fifth sense, touch.

By using ultrasound technology, Ultrahaptics and Flying Objects created a physical space which the audience can feel and hold the image portrayed in the painting by touching nothing but air. The ultrasound travels from multiple speakers and reaches the audience’s hands, vibrating to create a sensation as if they were touching the object. The ‘mid-air tactile feedback technology’ allows the audience to feel the object in the painting whilst visually studying it, enhancing the overall experience.

This exhibition has provided us with a concept that seems alien to us; to be able to touch something without touching anything at all. With this in mind, the technology has opened a new area for us to work towards and has given the world a glimpse of what we will see in the future.

Artists are constantly searching for ways to push the boundaries of expressionism and technology has provided the art world with a platform in which to progress. With this latest exhibition, it seems that this combination of art and technology may have already kick-started our ‘future’.